What is chronic venous disease?

Chronic deep venous thrombosis (DVT) –Blood clots that forms in a vein deep inside your body, usually the legs. 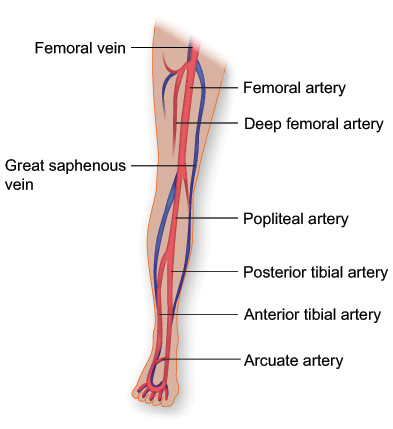 Prevalence in Women vs Men

Why is DVT so serious?

Bottom line, DVT is a blood clot located in the deep veins, usually of the legs. This clot can break off and travel through the venous bloodstream and through the right side of the heart to land in the lung, obstructing the arteries there (causing a pulmonary embolism). Approximately 350-600,000 Americans and 400-550,000 Europeans suffer from DVT.

Over 40% of patients suffer from swelling, claudication, and ulceration after a DVT. The most common veins affected are the veins in the legs (femoral veins) and the veins in the pelvis (iliac veins). When a DVT is located in the pelvis, the risk of recurrent DVT and complications doubles.

What are the risk factors?

What are the symptoms and signs?

Pain, swelling or heaviness in the lower leg and ankle, itchiness, skin discoloration at the ankle, edema or swelling, and irritated or inflamed varicose veins

How is it diagnosed?

Can it be prevented with lifestyle changes?

There are several ways you can help improve blood flow in your leg veins:

What are the treatment options?

Patients with chronic venous disorders are treated according to the type of disorder, its severity, and how much venous reflux it causes. The treatment goal is to improve symptoms, appearance, and skin changes due to chronic venous disease, and to reduce edema and ulcers.

These treatments are recommended for most patients with venous disease including:

Compression stockings (compress dilated veins). Some patients will have contraindications to compression therapy or may not tolerate compression.

Whether additional treatments (surgical or non-surgical) are offered depends on the response to the conservative measures mentioned above, the extent of the disease, the symptoms it causes, whether there is reflux, and the patient’s expectations with respect to appearance or symptoms.

For symptoms like pain and itching only, with NO visible or palpable signs of venous disease, a conservative treatment should be chosen.

Minimally invasive therapies, including sclerotherapy, radiofrequency ablation, and laser ablation, are as effective as surgical treatment, with a quicker return to work, fewer complications, and less post-procedure pain.

Sclerotherapy | This therapy is used to eliminate varicose veins and spider veins. It involves an injection of a solution (generally a salt solution) directly into the vein. The solution irritates the lining of the blood vessel, causing the vein to scar, which forces blood to reroute through healthier veins. The collapsed vein is reabsorbed into local tissue and eventually fades. The results of sclerotherapy are generally thought to be superior to those of laser therapy. However, the outcome depends upon the diameter of the vein being treated, the presence of reticular or spider veins, and skin type or shade.

Ablation therapy | The choice of ablation method for varicose veins depends on the size of the varicose veins, their location, and the presence or absence of venous reflux. This procedure uses laser or high-frequency radio waves to produce heat in one spot in the target vein, causing it to close.

Treatment for spider veins (telangiectasias) with NO symptoms | People with spider veins as their only manifestation of chronic venous disease often find the cosmetic appearance of their veins distressing. Such veins can be treated (with laser therapy or sclerotherapy) without further diagnostic studies. However, such treatment does not prevent the future development of venous reflux or venous disease. Sclerotherapy and surface laser therapy of spider veins are generally considered cosmetic treatments, and typically, several treatment sessions are required. The presence of spider veins on the medial portion of the ankle is often an indicator of saphenous vein insufficiency in that extremity.

Treatment for venous reflux | In this case, there is an increased risk for recurrence of dilated veins. Venous reflux should be treated before treating spider veins (telangiectasias). Delaying the treatment of these smaller veins will minimize the number of veins that need treatment. Residual spider veins after successful treatment of venous reflux are also candidates for sclerotherapy or surface laser therapy.

Treatment for varicose veins | Varicose veins are veins that have stretched and dilated to 3 mm or greater in diameter. Patients with varivose veins (or varicosities) without reflux are typically treated with sclerotherapy or surgical excision, depending on the size, location, and number of veins involved. Adhesive agents like Venaseal are also approved for venous ablation. Residual or recurrent varicosities after saphenous ablation are treated in the same manner. Complications of varicose vein ablation are bleeding and superficial vein thrombosis; these complications are uncommon but may require immediate attention, possibly including surgical treatment.

Fewer than 1 in 10 people need surgery. The surgical options are:

Vein ligation and stripping | A procedure where a vascular surgeon cuts and ties off the problematic vein.

Ambulatory phlebectomy | A minimally invasive procedure performed through a small incision or needle puncture, using a hook to remove the vein.

Vein bypass  | A surgery reserved for the most severe cases. A healthy vein from another part of your body is transplanted to reroute the blood around the affected vein.

Today, with several available procedure options of varying success rates, tolerability, and recuperation time, a consultation with a vein specialist is recommended.