The Texas Heart Institute Center for Cardiovascular Care physicians are internationally known for their expertise in diagnosing, treating, and preventing cardiovascular diseases. 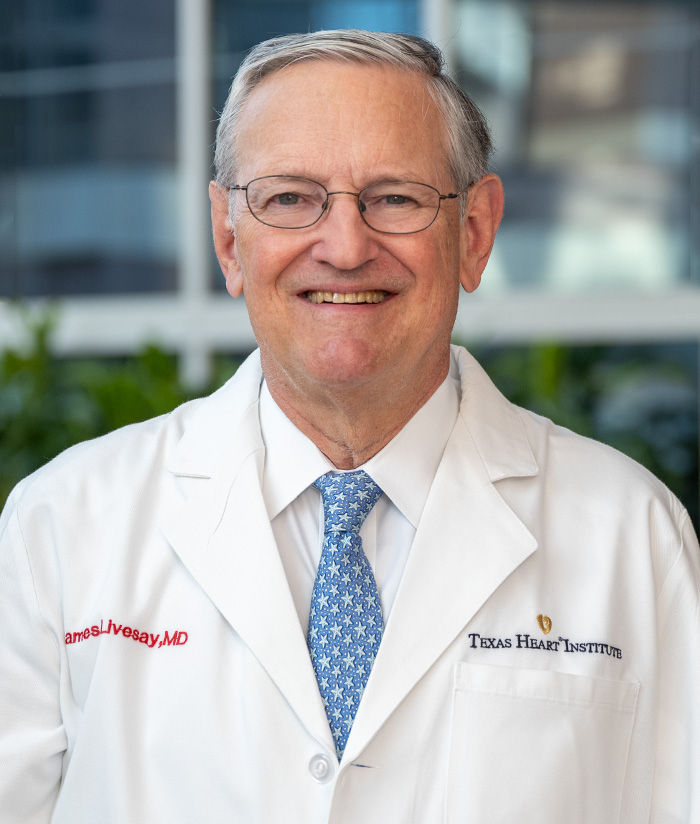 James J. Livesay, M.D. is an accomplished surgeon with extensive experience in cardiovascular, thoracic, and general procedures. Since 1981, Dr. Livesay has been an Associate Surgeon at both the Texas Heart Institute and Baylor St. Luke’s Medical Center and a member of the Consulting Staff, Cardiovascular Service, Texas Children’s Hospital, all in Houston, Texas. He was a member of the Active Staff, General Surgery and Thoracic and Cardiac Surgery, Gulf Coast Hospital, Wharton, Texas, from 1989 to 2013, and he held a Courtesy Staff position in General Surgery and Thoracic and Cardiac Surgery at Hermann Hospital, Houston, Texas from 1982 to 1998. He is a Clinical Associate Professor of Surgery, University of Texas Medical School, Houston, Texas.